With its more than 10.5 million inhabitants, the federal state of Baden-Württemberg belongs to the biggest regions in Germany. It borders on France, Switzerland and Austria and within Germany on the federal states of Bavaria, Hesse and the Rhineland-Palatinate. It is also characterised geographically by the Lake Constance, the Rhine, the Black Forest and the Swabian Alps.
Temperatures as high as 35°C are reached along the Upper Rhine in summer whilst the Black Forest heights belong to the coldest regions in Germany, ideal for winter sports.

Baden-Württemberg is home to great names of German industry, such as Daimler, Porsche, Audi, ZF Friedrichshafen, Hugo Boss, Steiff and Lidl. Thanks to its many companies it has become one of the most economically powerful, competitive and innovative regions in Europe. The unemployment rate is approximately 4.0 % and many companies are in search of skilled personnel and young employees.

Baden-Württemberg has an excellent transport infrastructure. Several motorways intersect the federal state from East to West and North to South. The railway line Munich-Stuttgart-Karlsruhe is one of the most important links in Europe. Flights from Stuttgart airport go to all important European goals.

From a tourism point of view Baden-Württemberg has a lot to offer. The Black Forest is famous for its romantic valleys, gorges, mills, typical farms and as the place where cuckoo clocks originate from. Both in summer and in winter the heights attract activity holiday tourists.

Lake Constance, one of the biggest lakes in Europe, is also a well-visited destination. The stilt houses in Unteruhldingen and the Reichenau cloister bear witness to different eras. The Swabian Alps are famous for their small romantic towns, castles and mansions (Hohenzollern or Sigmaringen Castle)

Further centres of attraction are the spa town Baden-Baden with its famous casino or the old university cities of Heidelberg, Freiburg im Breisgau and Tübingen, which are all characterised by their academic populations. Not forgetting Stuttgart, the centrally situated capital city of Baden-Württemberg, which originated in an undulating landscape.

The Baden-Württemberg cuisine with its specialities spätzle, Swabian pockets and Black Forest gateau is one of the best in Germany. It is complemented by many good white and red wines from the Kaiserstuhl in the Rhine valley or Lake Constance.

You can find more information about the tourist federal state of Baden-Württemberg on the website:
www.tourism-bw.com 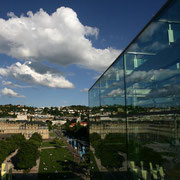 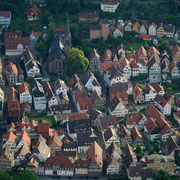 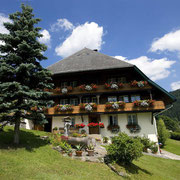 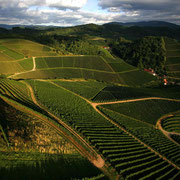